Scientist and entrepreneur Jerry Mearini works out of an office that looks like something from another time. An old 1959 TV is hooked up to a VCR that plays old sci-fi flicks and various gizmos and gadgets clutter the space.

Back in 2003, the Wall Street Journal ran a feature story about all the retro-looking electronics housed in his office. Some of the stuff is makeshift – the reproduction of a 1950s Grundig radio has a fruit basket on its top to make it look like an antenna. But Mearini, who has high hopes for his new companyRock Hard Guitar Picks, is all about looking to the future. He’s been selling his metal guitar picks online and in local guitar shops. And he thinks the unique product is revolutionary.

Mearini, who grew up in Ashtabula, started playing guitar when he was in ninth grade. The summer of 1977 proved to be particularly inspirational.

“Foreigner’s first album came out and Boston’s first album came out. Somehow, that changed my whole life,” he says one afternoon from his office. “The next year, I got my guitar. I still have my SG in the office. I used to have my amp, but I’m in a band and my amp stays where I practice. There was something about the guitar that was calling me.”

He taught himself to play and took lessons with Tom Gwilt, a local instructor who was a classical guitarist who taught at Bowling Green and Akron. 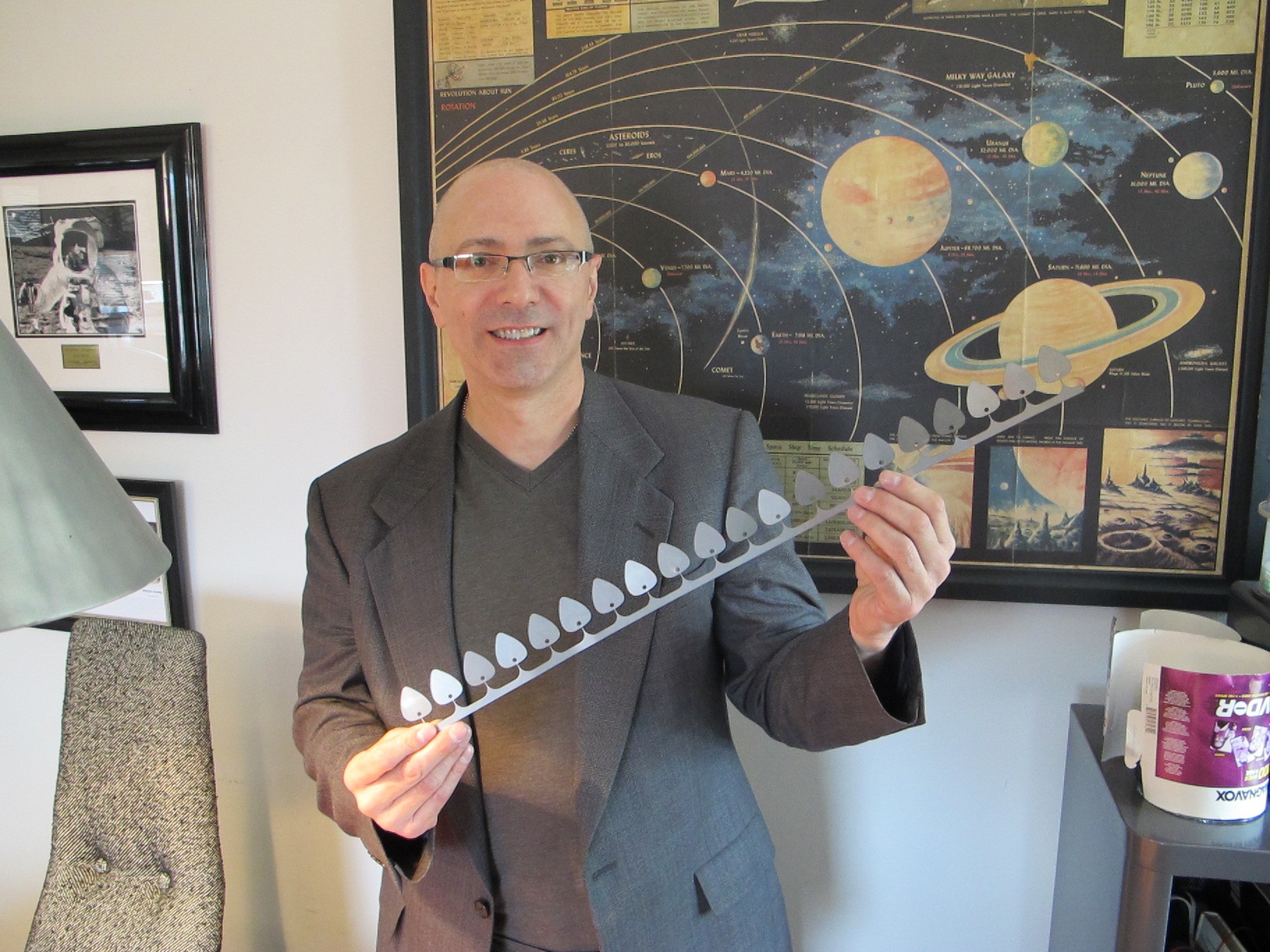